Join us for our 75th Diamond Anniversary Celebration!

We cordially invite you to join us in celebrating 75 years of bringing world-renowned musicians to our region. Enjoy an inspired, Sunday afternoon brunch, catered by Michael’s On East, with the remarkable sounds of the Brandon Goldberg Trio, featuring Brandon Goldberg, a 13-year-old jazz piano prodigy; Brandon Robertson, bass; and Marty Morrell, drums. Co-chairs Renee Hamad and Audrey Robbins have created an exquisite affair against the stunning backdrop of the gardens and Sarasota Bay. Proceeds support our Great Performers Series, Music Matinees, and our free student ticket program. 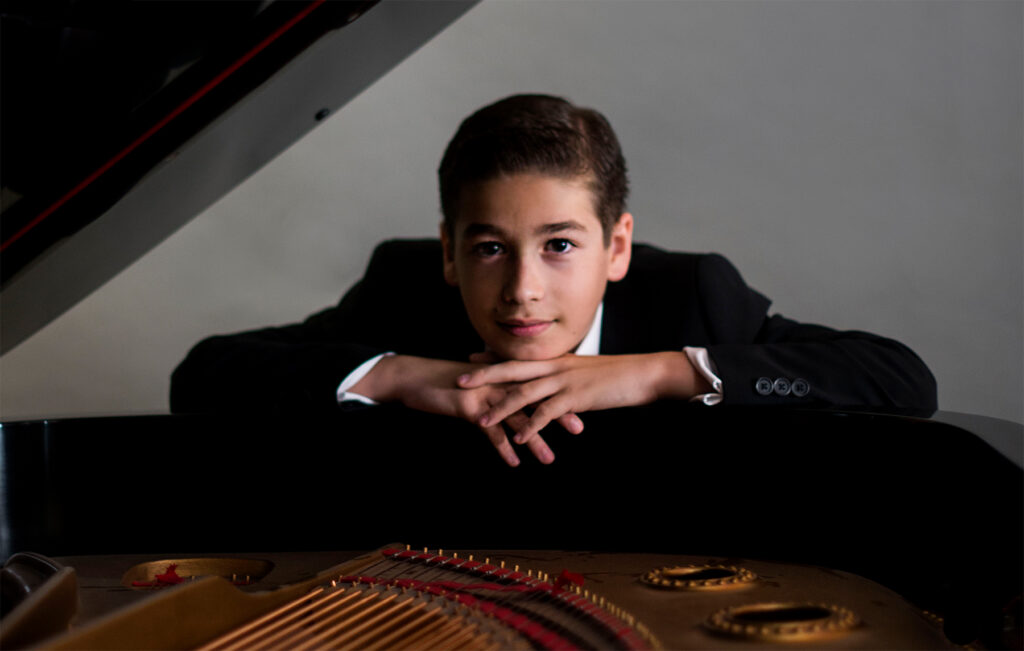 Brandon Goldberg began to play piano by ear when he was three years old. He started with classical lessons at age five, but quickly found his passion for jazz and learned about the music and its history by listening to his favorite artists, including Bill Evans, Oscar Peterson, Charlie Parker, Miles Davis, and John Coltrane, just to name a few. Brandon continued his jazz studies at the University of Miami and Litchfield Jazz Camp and Festival, where he worked with renowned jazz musicians. Since then, this keyboard wonderkind has already released a debut album, headlined at the Newport Jazz Festival, and appeared on the most prestigious stages of the music world.

To purchase tickets to this event, call the SCA box office at 941-225-6500. For more information about sponsorship opportunities, contact Judy Beilman at development@scasarasota.org
Your gift is tax-deductible to the extent allowable by law.

THANK YOU TO OUR SPONSORS

Please note: Advance tickets are available only through SCA box office located within the Sarasota Ballet’s box office at 5555 N Tamiami Trail in Sarasota, or by calling 941-225-6500. Tickets may also be available at the venue box office one hour prior to the performance.

Programs and artists are subject to change without notice.
The Sarasota Concert Association is a qualified 501c3 organization. Contributions in excess of the ticket price are IRS tax-deductible to the extent permitted by law. The SCA meets all requirements specified by the Florida Solicitation of Contributions act. A copy of the official registration and financial information may be obtained from the Division of Consumer Services at www.freshfromflorida.com or by calling toll-free 1-800–435-7352 within the State.